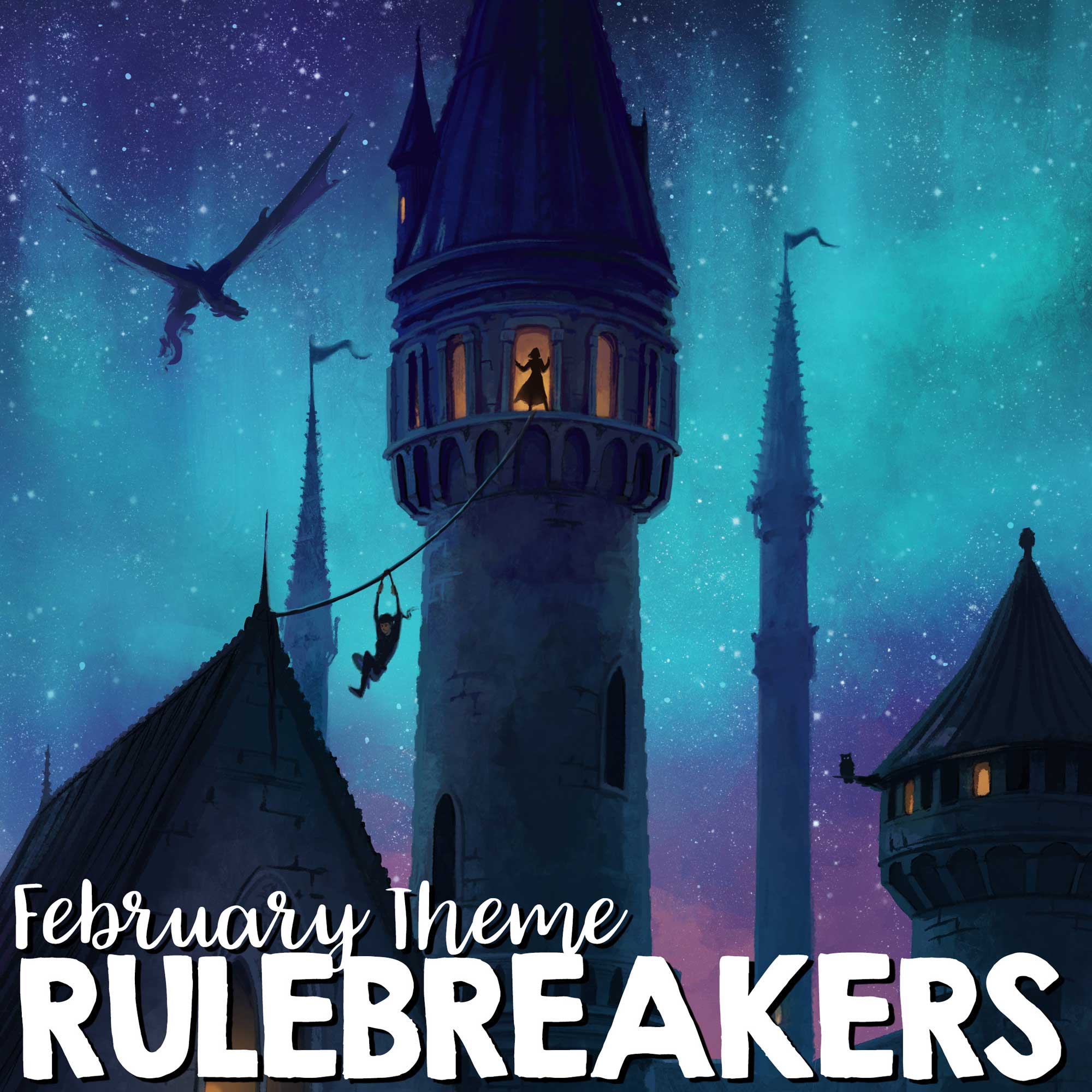 We are so excited to reveal the February theme for our monthly box and it is… RULEBREAKERS!

We’ve all got a little bit of a rebellious streak in us, and every now and then we might bend a few rules. This box is inspired by characters that don’t just bend rules — they break them and love to cause a little havoc and mischief!

You can expect a great selection of items inspired by Serpent & Dove, Sorcery of Thorns, Wicked Saints, The Lord of the Rings and Nevernight! We are so excited to reveal that this box will also feature a beautiful CERAMIC MUG with artwork by @merwildandco that fans of Serpent & Dove will not want to miss!

Our featured book of the month is a swoon-worthy Slytherin romance, where the characters have unapologetically questionable morals. The main character has devised a plan to woo and marry the king, only to kill him. This edition will feature an EXCLUSIVE COVER, ARTWORK ON THE REVERSE OF THE DUST JACKET, EMBOSSING and will be SIGNED BY THE AUTHOR!

Alessandra is tired of being overlooked, but she has a plan to gain power:

No one knows the extent of the freshly crowned Shadow King’s power. Some say he can command the shadows that swirl around him to do his bidding. Others say they speak to him, whispering the thoughts of his enemies. Regardless, Alessandra knows what she deserves, and she’s going to do everything within her power to get it.

But Alessandra’s not the only one trying to kill the king. As attempts on his life are made, she finds herself trying to keep him alive long enough for him to make her his queen—all while struggling not to lose her heart. After all, who better for a Shadow King than a cunning, villainous queen?

LitJoy Crate
Once Upon a Retelling 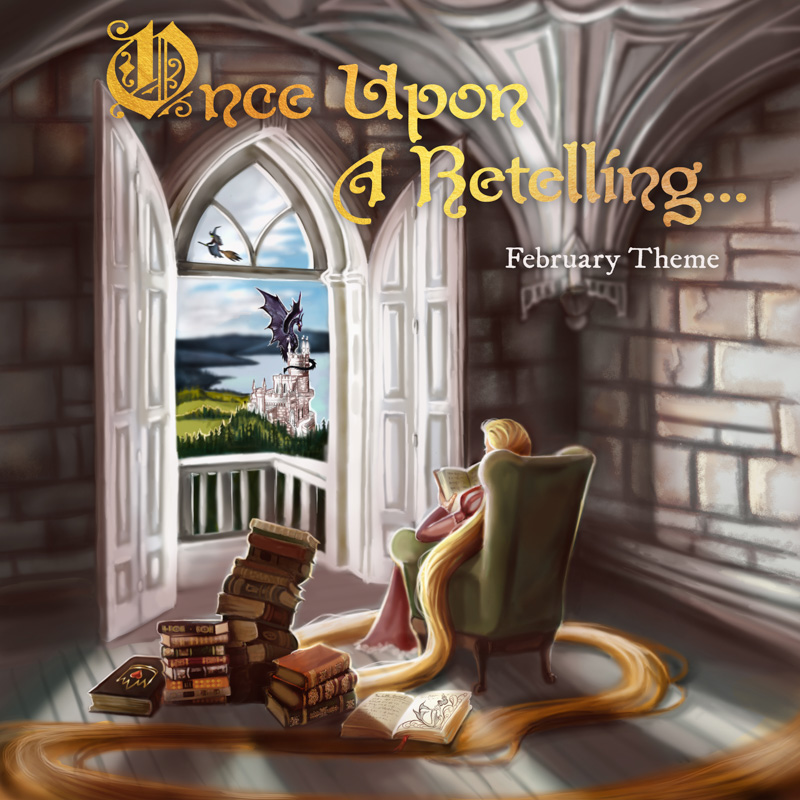 A must-read for fans of Leigh Bardugo’s Grishaverse, transforming The Hunchback of Notre Dame into a powerful tundra-inspired epic.

Before the massacre at Nariin, Enebish was one of the greatest warriors in the Sky King’s Imperial Army: a rare and dangerous Night Spinner, blessed with the ability to control the threads of darkness. Now, she is known as Enebish the Destroyer―a monster and murderer, banished to a monastery for losing control of her power and annihilating a merchant caravan.

Guilt stricken and scarred, Enebish tries to be grateful for her sanctuary, until her adoptive sister, Imperial Army commander Ghoa, returns from the war front with a tantalizing offer. If Enebish can capture the notorious criminal, Temujin, whose band of rebels has been seizing army supply wagons, not only will her crimes be pardoned, she will be reinstated as a warrior.

Enebish eagerly accepts. But as she hunts Temujin across the tundra, she discovers the tides of war have shifted, and the supplies he’s stealing are the only thing keeping thousands of shepherds from starving. Torn between duty and conscience, Enebish must decide whether to put her trust in the charismatic rebel or her beloved sister. No matter who she chooses, an even greater enemy is advancing, ready to bring the empire to its knees.

OwlCrate
A Power Within

Our February box is all about unique magic systems and characters with amazing inner power! Our book pick for February is a high seas fantasy adventure full of incredible magic, mermaids and monsters, and a main character with a dangerous power unlike any we’ve seen before!

We are including a beautiful exclusive edition of the book which will have an EXCLUSIVE COVER and EXCLUSIVE FOIL DESIGN on the actual hardcover. Our edition will also be SIGNED BY THE AUTHOR!

Items included will be inspired by stories with awesome magic systems – Mistborn, The Magicians, Truthwitch, Throne of Glass and Wicked Saints!

Set in a kingdom where danger lurks beneath the sea, mermaids seek vengeance with song, and magic is a choice, Adalyn Grace’s All the Stars and Teeth is a thrilling fantasy for fans of Stephanie Garber’s Caraval and Sarah J. Maas’s Throne of Glass series.

As princess of the island kingdom Visidia, Amora Montara has spent her entire life training to be High Animancer—the master of souls. The rest of the realm can choose their magic, but for Amora, it’s never been a choice. To secure her place as heir to the throne, she must prove her mastery of the monarchy’s dangerous soul magic.

When her demonstration goes awry, Amora is forced to flee. She strikes a deal with Bastian, a mysterious pirate: he’ll help her prove she’s fit to rule, if she’ll help him reclaim his stolen magic.

But sailing the kingdom holds more wonder—and more peril—than Amora anticipated. A destructive new magic is on the rise, and if Amora is to conquer it, she’ll need to face legendary monsters, cross paths with vengeful mermaids, and deal with a stow-away she never expected… or risk the fate of Visidia and lose the crown forever.

I am the right choice. The only choice. And I will protect my kingdom.