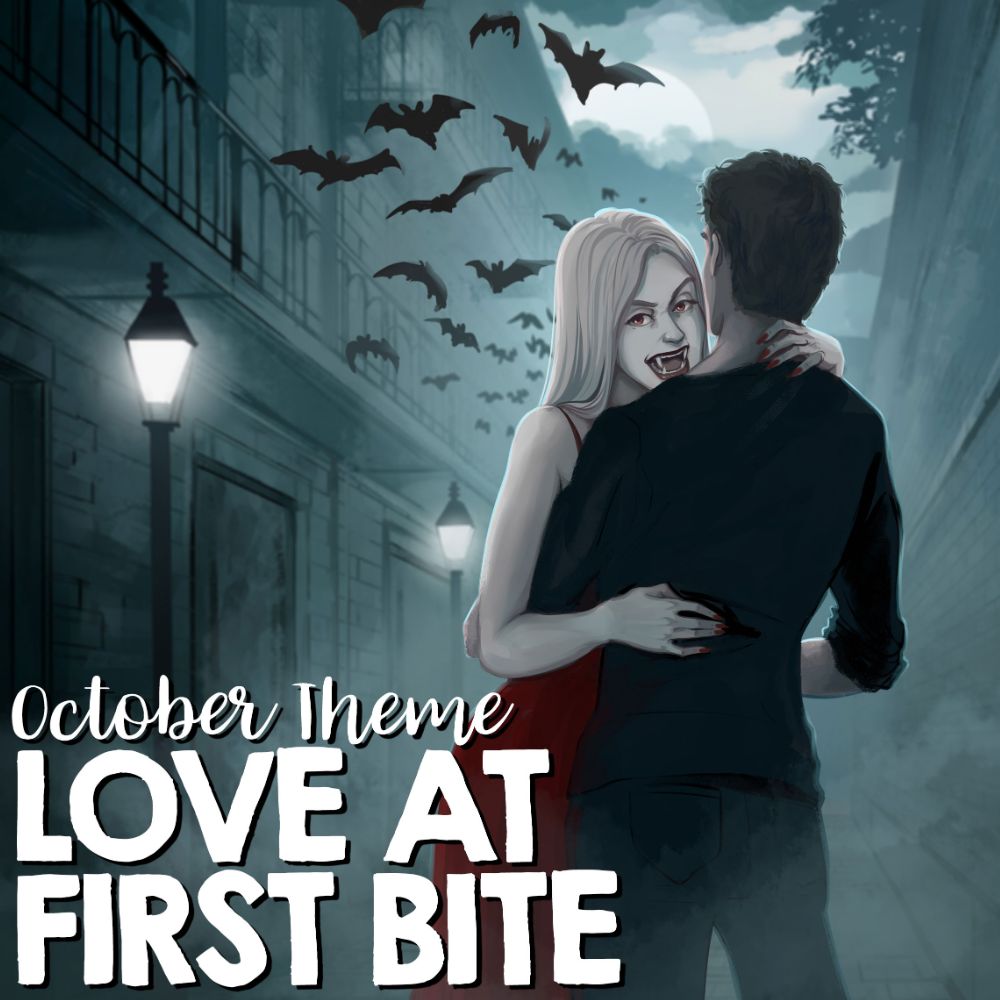 We are so excited to reveal the October theme for our monthly box and it is… LOVE AT FIRST BITE!

This vampire-themed box is the perfect box for autumn and Halloween! We’ve never curated a box like this before, so we’re very excited about all of the vampire-inspired goodies. Most of the items in this box are fandom-neutral, but we will say that you can expect items inspired by Dracula and Interview With A Vampire!

This box is jam-packed with exciting items, and we are so thrilled to reveal that this box will have an exclusive candle hand-poured by @themeltinglibrary! Raquel’s candles are iconic within the bookstagram community and we’re so excited for this collaboration.

Our featured book of the month is a romantic and seductive murder mystery set in 19th century New Orleans, where vampires prowl the streets. The edition that we will be including will have ARTWORK ON THE REVERSE OF THE DUST JACKET, SPRAYED EDGES and it will be SIGNED by the author. It’s definitely not one to be missed!

In 1872, New Orleans is a city ruled by the dead. But to seventeen-year-old Celine Rousseau, New Orleans provides her a refuge after she’s forced to flee her life as a dressmaker in Paris. Taken in by the sisters of the Ursuline convent along with six other girls, Celine quickly becomes enamored with the vibrant city from the music to the food to the soirées and—especially—to the danger. She soon becomes embroiled in the city’s glitzy underworld, known as La Cour des Lions, after catching the eye of the group’s leader, the enigmatic Sébastien Saint Germain. When the body of one of the girls from the convent is found in the lair of La Cour des Lions, Celine battles her attraction to him and suspicions about Sébastien’s guilt along with the shame of her own horrible secret.

When more bodies are discovered, each crime more gruesome than the last, Celine and New Orleans become gripped by the terror of a serial killer on the loose—one Celine is sure has set her in his sights . . . and who may even be the young man who has stolen her heart. As the murders continue to go unsolved, Celine takes matters into her own hands and soon uncovers something even more shocking: an age-old feud from the darkest creatures of the underworld reveals a truth about Celine she always suspected simmered just beneath the surface.

At once a sultry romance and a thrilling murder mystery, master storyteller Renée Ahdieh embarks on her most potent fantasy series yet: The Beautiful. 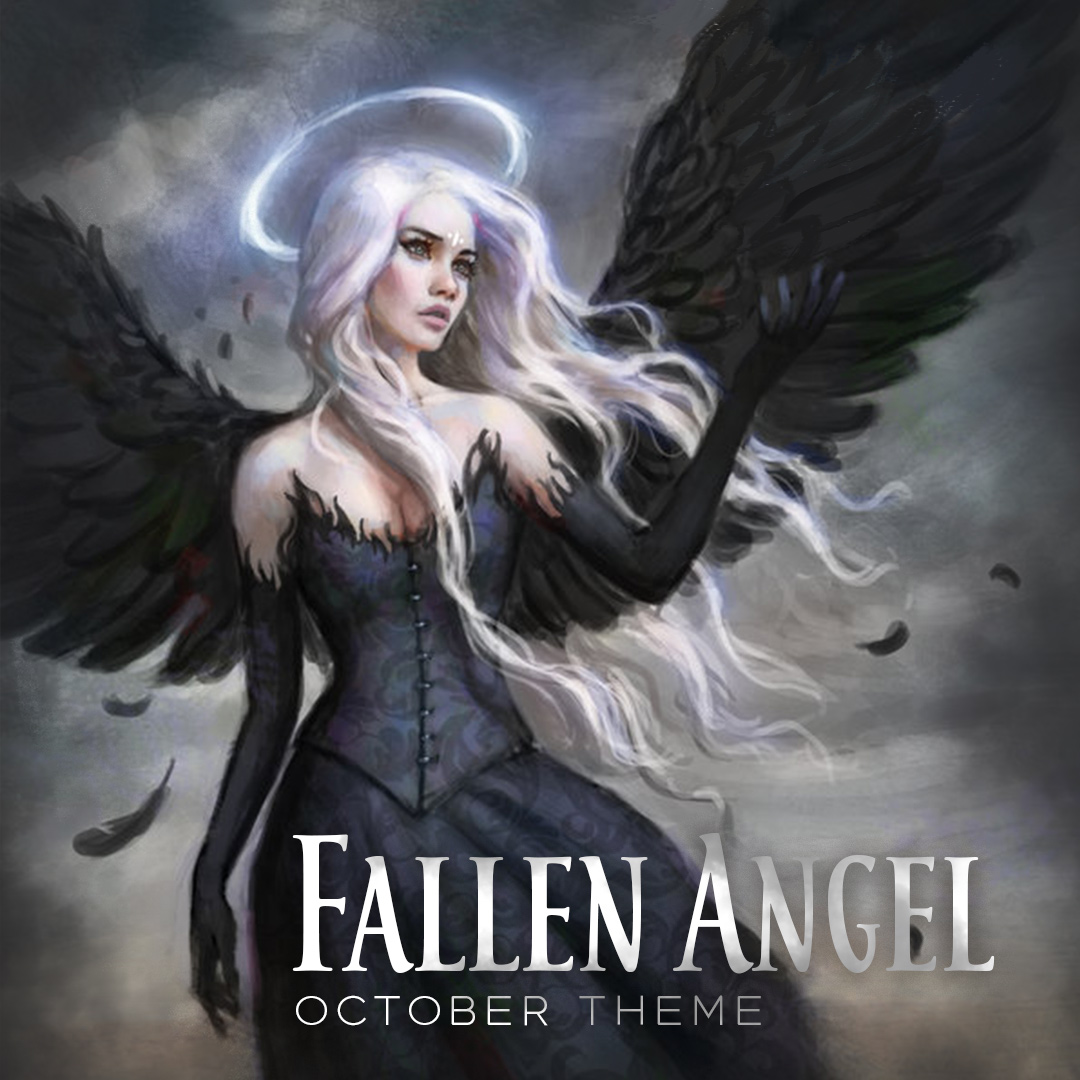 More than a century has passed since Liliath crept into the empty sarcophagus of Saint Marguerite, fleeing the Fall of Ystara. But she emerges from her magical sleep still beautiful, looking no more than nineteen, and once again renews her single-minded quest to be united with her lover, Palleniel, the archangel of Ystara.

A seemingly impossible quest, but Liliath is one of the greatest practitioners of angelic magic to have ever lived, summoning angels and forcing them to do her bidding.

Liliath knew that most of the inhabitants of Ystara died from the Ash Blood plague or were transformed into beastlings, and she herself led the survivors who fled into neighboring Sarance. Now she learns that angels shun the Ystaran’s descendants. If they are touched by angelic magic, their blood will turn to ash. They are known as Refusers, and can only live the most lowly lives.

But Liliath cares nothing for the descendants of her people, save how they can serve her. It is four young Sarancians who hold her interest: Simeon, a studious doctor-in-training; Henri, a dedicated fortune hunter; Agnez, an adventurous musketeer cadet; and Dorotea, an icon-maker and scholar of angelic magic. They are the key to her quest.

The four feel a strange kinship from the moment they meet, but do not know why, or suspect their importance. All become pawns in Liliath’s grand scheme to fulfill her destiny and be united with the love of her life. No matter the cost to everyone else. . .

OwlCrate
Dawn of a New World 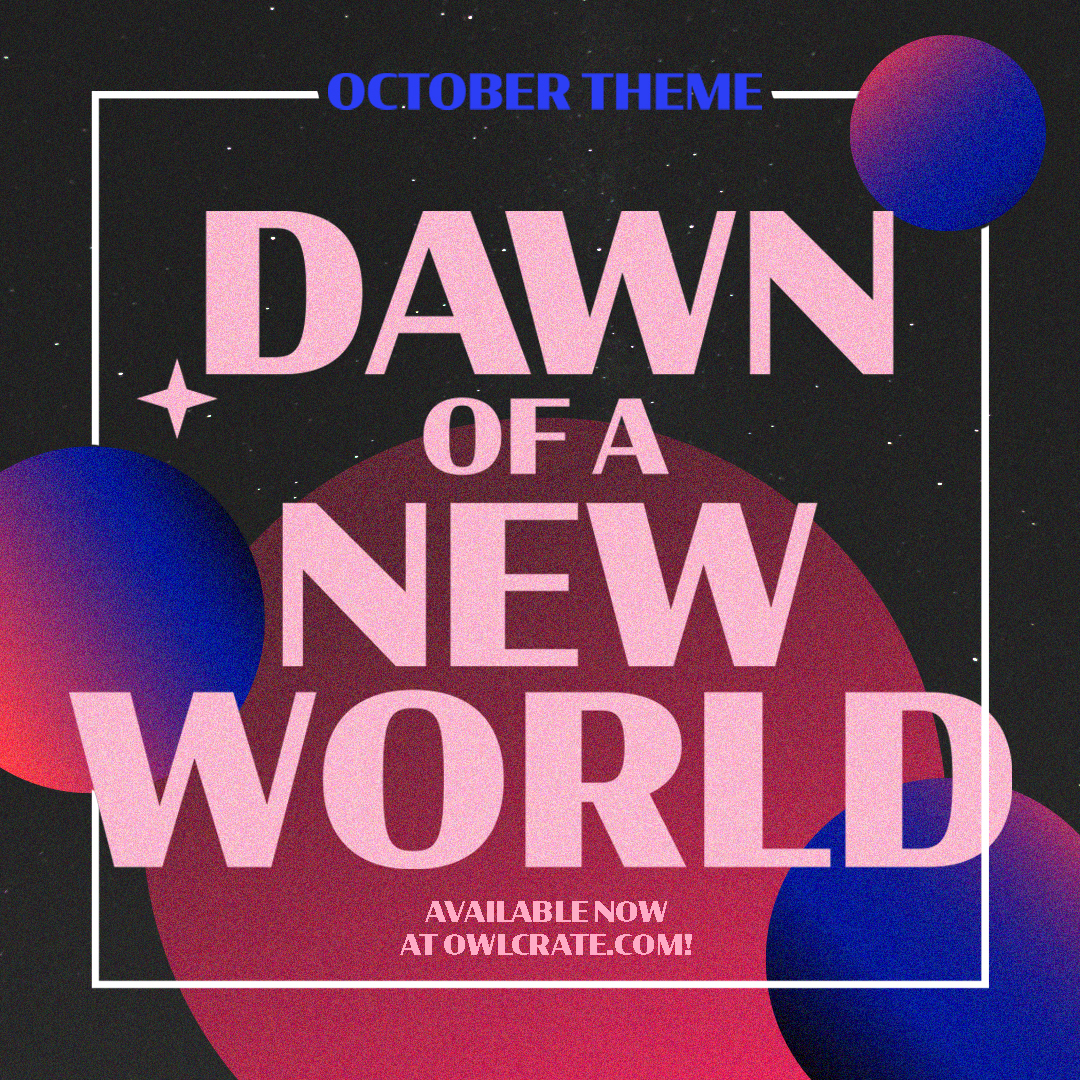 What would you do if you landed on a brand new planet? And what if that planet was more dangerous than you could imagine? Luckily, you can experience the thrill of adventure from the comfort of your own home! Our October box is inspired by science fiction tales that take place on unknown worlds, or feature an alternate future version of our own planet.

We are including TWO brand new hardcover novels this month! YAY! Both will have exclusive covers and be signed by the authors as well! One book is a contemporary story with a sci-fi twist, all about what would happen if we found out the world was about to end. The second book is an epic story about a future where androids have taken over the human race. Both books are extremely unique, and both feature diverse characters and romances! We absolutely adored them!

When news stations start reporting that Earth has been contacted by a planet named Alma, the world is abuzz with rumors that the alien entity is giving mankind only few days to live before they hit the kill switch on civilization.

For high school truant Jesse Hewitt, though, nothing has ever felt permanent. Not the guys he hooks up with. Not the jobs his underpaid mom works so hard to hold down. Life has dealt him one bad blow after another — so what does it matter if it all ends now? Cate Collins, on the other hand, is desperate to use this time to find the father she’s never met, the man she grew up hearing wild stories about, most of which she didn’t believe. And then there’s Adeem Khan. While coding and computer programming have always come easily to him, forgiveness doesn’t. He can’t seem to forgive his sister for leaving, even though it’s his last chance.

With only seven days to face their truths and right their wrongs, Jesse, Cate, and Adeem’s paths collide even as their worlds are pulled apart.

After the War of Kinds ravaged the kingdom of Rabu, the Automae, designed to be the playthings of royals, usurped their owners’ estates and bent the human race to their will.

Now Ayla, a human servant rising in the ranks at the House of the Sovereign, dreams of avenging her family’s death…by killing the sovereign’s daughter, Lady Crier.

Crier was Made to be beautiful, flawless, and to carry on her father’s legacy. But that was before her betrothal to the enigmatic Scyre Kinok, before she discovered her father isn’t the benevolent king she once admired, and most importantly, before she met Ayla.

Now, with growing human unrest across the land, pressures from a foreign queen, and an evil new leader on the rise, Crier and Ayla find there may be only one path to love: war.